All Agile coaches eventually face the stiff headwinds of resistance to change. Counter-intuitively,  coaches themselves can trigger some of that resistance by inadvertently performing wide-scale identity theft. It is something I have done, and you may have too. This article explains what identity theft is, provides some concrete examples, and looks at a few approaches to mitigate the issue. 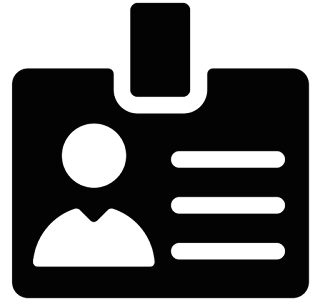 
Coaches need to acknowledge that people derive their identity in part from what they do. A quick look at what LinkedIn and Twitter users put in their profile demonstrates the point: author, database administrator, director, entrepreneur, hacker, manager, programmer, statistician, etc. People put a lot of energy into creating their identity. Therefore, any change management initiative that threatens that identity, whether knowingly or not, will be met with resistance.


Here are some examples of identities that Agile coaches are susceptible to attack:

Coaches frequently form teams of people and urge them to swarm on issues. This is done for good reasons. Nonetheless, how might it come across to people who have spent the previous ten years becoming experts in a given technique? Take the developer who specializes on the Java stack, who attends advanced training, who eagerly awaits and learns the features of each new release of the language. How does that person view the suggestion that she should learn and fumble with front-end development or database schema optimization? What does it do to her self-image of being an expert?

Most Agile methods do away with big up-front planning for a more just-in-time (JIT) approach, which is very sensible in situations of high uncertainty. However, we shouldn’t be surprised that a JIT approach triggers an adverse reaction on the part of people who are professional planners. You may have met Lucy, the program manager, who is the go-to resource for any questions related to Microsoft Project. How will she feel about the idea of abandoning detailed planning?

Then there is Mark, the software architect, who can produce exquisitely detailed system functional documents for the team to implement. And there is Stephanie, the lead quality assurance engineer, who authors thick test plans for other people to execute. As a coach, you may have inadvertently devalued the activities with which they associated the most. A similar thought process applies to other roles such as the traditional manager, the financial planner, the requirement translating analyst, etc.


One way for the coach to avoid the identity theft land mine is to lead with principles and values, not solutions. Let’s hark back to the example where a coach might propose swarming. An alternative approach is to see if the team members prize speed. If they do, might they have ideas for how to increase it? Frequently someone will suggest swarming, but you may be surprised with other creative approaches. The point is that if the idea originates from the team, it will be more readily accepted, and the coach will no longer be the source of friction.


There are many Agile methods out there, each with their pros and cons. In environments where identity theft is a concern, a coach would be well advised to consider a method that can be rolled out with minimal disruption.

One method that is careful to reduce disruption is Kanban. Just look at the first step of deploying it: “visualize the current workflow”. No change required to getting started. David J Anderson, chair of LeanKanban, goes a step further and proposes “respecting existing roles, responsibilities and job titles” as a change management principle. In environments where the willingness to change is not a given, this seems like wise advice.


In summary, it is critical for Agile coaches to recognize that people identify with what they do and that change management efforts sometimes threaten that identity. A thorough Lean/Agile transformation affects many traditional roles and will thus have many opportunities to step on identity-based land mines. Coaches are therefore urged to exercise sensitivity and use a principle-based approach. In environments where the appetite for change is limited, coaches should consider using methods that minimize disruption. Doing so should make the path to enhanced business outcomes smoother. What other tips do you have to ease people into the notion that their role may evolve?